It’s time to get your Goodreads accounts pulled up.  Here are five debut novels you’ll want to add to your February “to-read” list.  Enjoy!

A Good American by Alex George

An uplifting novel about the families we create and the places we call home.

It is 1904. When Frederick and Jette must flee her disapproving mother, where better to go than America, the land of the new? Originally set to board a boat to New York, at the last minute, they take one destined for New Orleans instead (“What’s the difference? They’re both new“), and later find themselves, more by chance than by design, in the small town of Beatrice, Missouri. Not speaking a word of English, they embark on their new life together.

Beatrice is populated with unforgettable characters: a jazz trumpeter from the Big Easy who cooks a mean gumbo, a teenage boy trapped in the body of a giant, a pretty schoolteacher who helps the young men in town learn about a lot more than just music, a minister who believes he has witnessed the Second Coming of Christ, and a malevolent, bicycle-riding dwarf.

A Good American is narrated by Frederick and Jette’s grandson, James, who, in telling his ancestors’ story, comes to realize he doesn’t know his own story at all. From bare-knuckle prizefighting and Prohibition to sweet barbershop harmonies, the Kennedy assassination, and beyond, James’s family is caught up in the sweep of history. Each new generation discovers afresh what it means to be an American. And, in the process, Frederick and Jette’s progeny sometimes discover more about themselves than they had bargained for.

Poignant, funny, and heartbreaking, A Good American is a novel about being an outsider-in your country, in your hometown, and sometimes even in your own family. It is a universal story about our search for home. 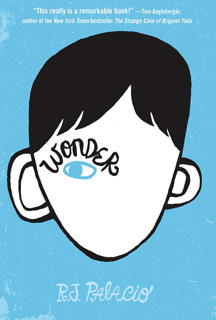 I won’t describe what I look like. Whatever you’re thinking, it’s probably worse. August (Auggie) Pullman was born with a facial deformity that prevented him from going to a mainstream school—until now. He’s about to start 5th grade at Beecher Prep, and if you’ve ever been the new kid then you know how hard that can be. The thing is Auggie’s just an ordinary kid, with an extraordinary face. But can he convince his new classmates that he’s just like them, despite appearances?
R. J. Palacio has written a spare, warm, uplifting story that will have readers laughing one minute and wiping away tears the next. With wonderfully realistic family interactions (flawed, but loving), lively school scenes, and short chapters, Wonder is accessible to readers of all levels. Age level = 8 and up.

The Golden Hour by Margaret Wurtele

In this stunning debut set in the summer of 1944 in Tuscany, Giovanna Bellini, the daughter of a wealthy aristocrat and vineyard owner, has just turned seventeen and is on the cusp of adulthood. War bears down on her peaceful little village after the Italians sign a separate peace with the Allies-transforming the Germans into an occupying army.

But when her brother joins the Resistance, he asks Giovanna to hide a badly wounded fighter who is Jewish. As she nurses him back to health, she falls helplessly in love with the brave and humble Marco, who comes from as ancient and noble an Italian family as she does. They pledge their love, and then must fight a real battle against the Nazis who become more desperate and cruel as the Allies close in on them… 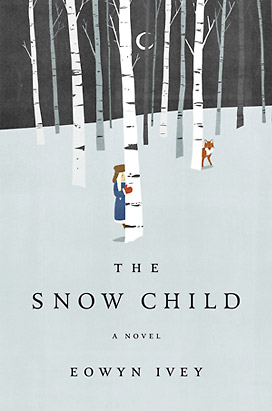 The Snow Child by Eowyn Ivey

Alaska, 1920: a brutal place to homestead, and especially tough for recent arrivals Jack and Mabel. Childless, they are drifting apart–he breaking under the weight of the work of the farm; she crumbling from loneliness and despair. In a moment of levity during the season’s first snowfall, they build a child out of snow. The next morning the snow child is gone–but they glimpse a young, blonde-haired girl running through the trees.

This little girl, who calls herself Faina, seems to be a child of the woods. She hunts with a red fox at her side, skims lightly across the snow, and somehow survives alone in the Alaskan wilderness. As Jack and Mabel struggle to understand this child who could have stepped from the pages of a fairy tale, they come to love her as their own daughter. But in this beautiful, violent place things are rarely as they appear, and what they eventually learn about Faina will transform all of them. 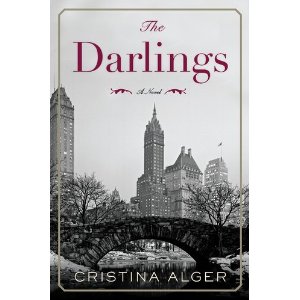 The Darlings by Cristina Alger

Now that he’s married to Merrill Darling, daughter of billionaire financier Carter Darling, attorney Paul Ross has grown accustomed to New York society and all of its luxuries: a Park Avenue apartment, weekends in the Hamptons, bespoke suits. When Paul loses his job, Carter offers him the chance to head the legal team at his hedge fund. Thrilled with his good fortune in the midst of the worst financial downturn since the Great Depression, Paul accepts the position.

But Paul’s luck is about to shift: a tragic event catapults the Darling family into the media spotlight, a regulatory investigation, and a red-hot scandal with enormous implications for everyone involved. Suddenly, Paul must decide where his loyalties lie-will he save himself while betraying his wife and in-laws or protect the family business at all costs?

Cristina Alger’s glittering debut novel interweaves the narratives of the Darling family, two eager SEC attorneys, and a team of journalists all racing to uncover-or cover up-the truth. With echoes of a fictional Too Big to Fail and the novels of Dominick Dunne, The Darlings offers an irresistible glimpse into the highest echelons of New York society-a world seldom seen by outsiders-and a fast-paced thriller of epic proportions.