Writer’s Notebook: An Idea Gold Mine 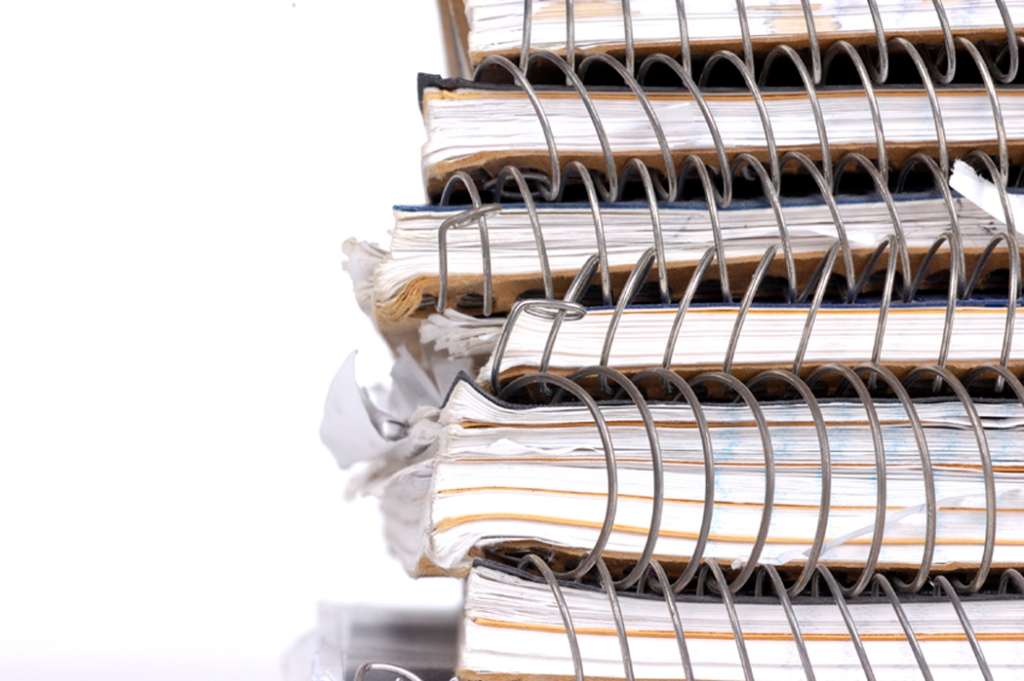 Take any writing class or read any writing book, and the first thing you will learn is, “Keep a writer’s notebook.”  It sounds elementary, but so many writers today don’t keep that notebook tucked away for capturing random thoughts before they are lost.

I started keeping a diary at the age of nine or ten.  At the time, I was obsessed with unicorns, so receiving this diary was a dream for me:

Unfortunately, this isn’t the original diary. (I found the picture on Ebay.)  I haven’t seen mine in years, but I’m guessing it’s somewhere in my parents’ garage along with that popcorn tin that holds all of my carefully folded, hand-written notes from middle school.  Back then the idea of a diary was romantic.  I had very little real drama in my life, but it was fun to pretend that my boy crushes and straight-versus-curly haired days were traumatic and secretive.  I went in phases during which I wrote every day and other times where six months passed between entries.  But writing in that diary was always like coming back to an old friend.  Turning the wheel on the combination lock never lost its appeal because I knew that my secret thoughts waited inside.

In middle school and high school, I spent many years diary free, but I did write poetry.  Some were tormented poems about the boy who was in love with my best friend.  (They ended up getting married.  So I guess it wasn’t meant to be between us.)  Others were more esoteric poems about imagination, the industrial revolution or gargoyles in Paris. I just found a box of these in my own garage last weekend.  They are a treasure trove of embarrassment and a time capsule of my life.  I love the way these poems instantly transport me back to the 80s and 90s.  I can often picture the exact place I wrote the words.

In college, I continued with my writing, but it was more class-driven. Somewhere on that Brother word processor, which I so proudly carried to my freshman dorm room, live files filled with comparative literary papers and poems about Mott the Hoople, sunflower seeds and a sunset from a mosquito-filled dock.  These images became a diary of my life at a college in the middle of rural Indiana.

But many of these words and images are locked away in the bowels of technology.  Yes, I did refer to my antiquated Brother word processor and box filled with floppy disks as the bowels of technology.  And my thoughts are trapped in these bowels. Sure I can fire up the Brother, but I can’t open a dusty box, pull out a stack of notebooks and immediately connect with my most treasured images.

Today, it’s even easier for our fleeting thoughts to get lost in “the cloud.”  I’ll admit, I’m a technology junkie.  I record my thoughts in Evernote, Pinterest, Scrivener, Word documents, and the Notes app on my iPhone.  In spite of the convenience of technology, there are times when we need to simplify these recording mechanisms.  That’s why a few years ago, I finally wised up and decided to go old-school again.

When I was young and had few responsibilities, I could afford to linger for hours on a mosquito-filled dock and wax philosophical about beautiful images and life.  But as a writer, mom, wife and chronic over-committer, I rarely get to linger over anything.  Consequently, inspiration strikes at the most inopportune times.  Usually when I’m washing dishes or driving in the car.  Enter: The Notebook.

This little baby is filled with thoughts and images.  Here are some examples from a randomly-selected page.

Many of these images will never leave this notebook.  I’ll page through it now and then and find myself transported to a stuffy backroom at Goodwill, but that kind woman accepting my donations may never make it into the pages of a novel.  However, this notebook is my gold mine.  It is the place I go when I’m stuck.

Just yesterday, I discovered a note about the song “Danny, Dakota & The Wishing Well” by A Silent Film.  This song wafted through my car while I was waiting in line to drop my kids off at school.  I’m not sure why I wrote down a snippet of lyrics, but at the time the words struck a chord with me (no pun intended!) Reading over this note yesterday, it suddenly dawned on me how a climactic scene between my MC and her love interest can work.  That’s the magic of the writer’s notebook.  Disparate thoughts have a chance to stew together.  In the end that stew of thoughts becomes the Stone Soup of your writing.

Now it’s your turn.  Do you keep a writer’s notebook?  Scan the pages for a minute and tell me your favorite (or most random) snippet from the past week.

Here’s a great post on the pocket notebooks from 20 famous writers including Hemingway, Twain and Beethoven.